Over the last few weeks I have been exploring the free and open source side of WebAR (part of the WebXR specification) in order to make a business case for it, and roll it into our strategy. Let’s explore what I’ve found and explain some concepts along the way.

I’m going to be referring to a few acronyms throughout this post, let’s define them:

Now that we know the terms, let’s understand the state of support of WebXR (WebAR). WebXR is incredibly new, we are on the bleeding edge of browser technologies. The WebXR Device API spec W3C Candidate Recommendation Draft was just published on 24 August 2022. But even though it is so new there is device support in Chrome and Android. Apple is not in this supported list because they do not officially support WebXR spec in Safari (all browsers on iOS run webkit the safari render engine), and it is supported via a polyfill. The other way iOS supports AR is through the QuickLook application that can be launched and sent a model file (see the Apple website for an example of this activity) (learn more about their custom 3d model file type: USDZ).

At work I've been using 8thWall and currently can not share that work. 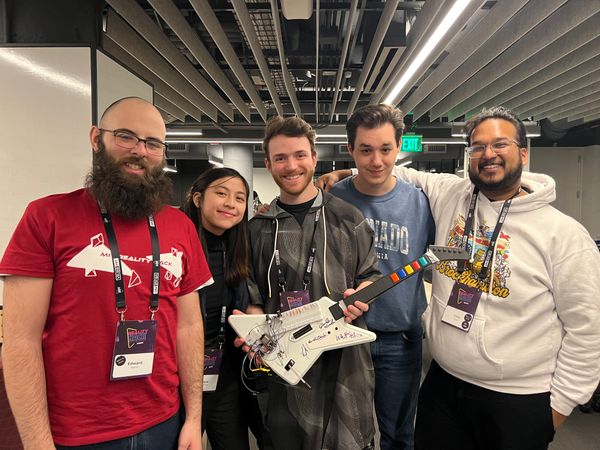